Literally meaning ‘Elephant Cave’, Goa Gajah was an ancient monastery of Hindu and Buddhist monks who used to meditate in the cave. Believed to be built in the early 11th century, its face is elaborately carved and depicts a demon splitting open the rock with its bare hand at the mouth of the cave. 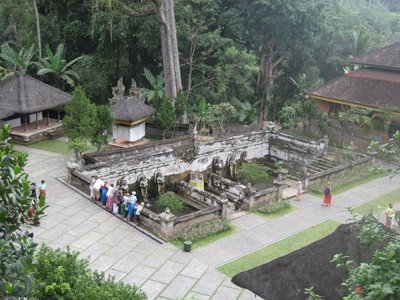